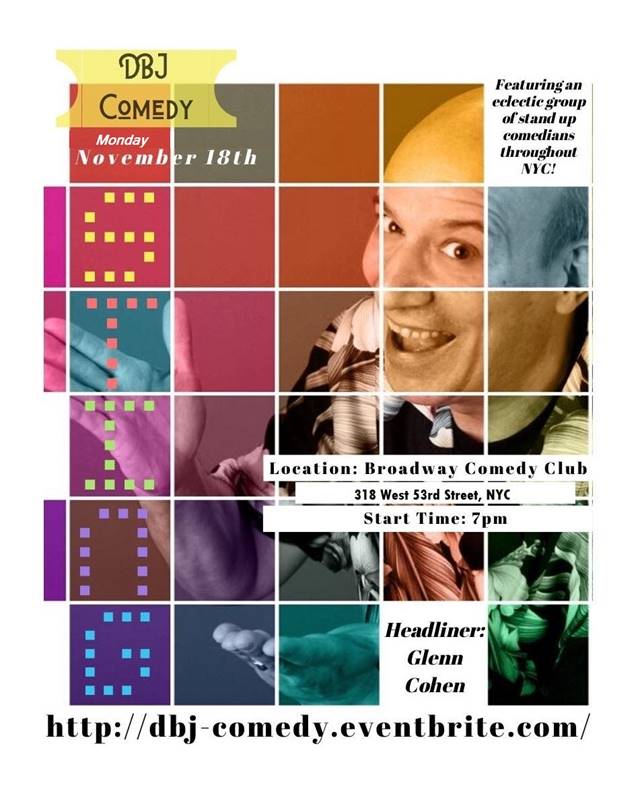 The first is a pre-Veteran’s Day Show with Comics (like myself) who are Original Improv veterans.  There isn’t a single “dud” in this line-up, which includes Eddie Brill, David Letterman’s talent coordinator for over a decade, Mike Ivy, who you’ll recognize him from all his commercials and Linette Palladino, an active duty Captain in the Army.  Don Giovanni’s restaurant took over the Original Improv a quarter century ago.  Last year I was part of the first comedy Show there since the Original Improv closed.  I was the Host!

My second big Show is at Broadway Comedy Club where I will be the Headlining Comedian!

Hope you can make it.  If not, I still have bragging rights for having been booked on these!

Ticket links are at the bottom, below the posters.

Tickets are $10 plus 2 drink minimum.