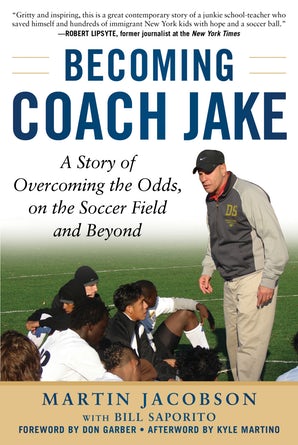 Manhattan coaching icon Martin Jacobson on the magic of soccer

The extraordinary feats of Coach Martin Jacobson as head coach of New York City’s Martin Luther King Jr. High School have been well-documented, including by Dan Rather of “60 Minutes,” a full-length documentary (“Coach Jake“), a reality series (“Kings of the City“), and Vice Sports. 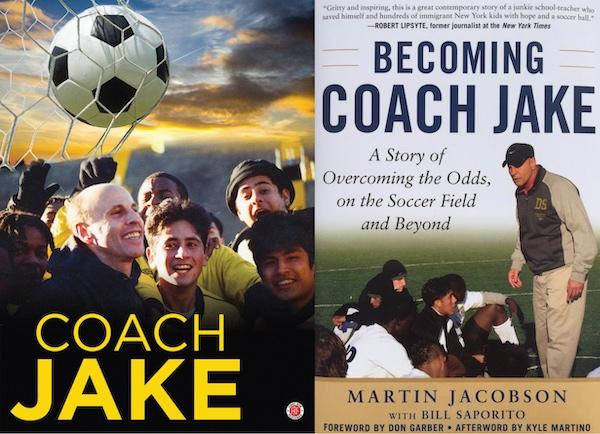 We spoke with Jacobson, who’s aiming for his 19th New York City public school championship, upon the publication of his memoir, Becoming Coach Jake: A Story of Overcoming the Odds, on the Soccer Field and Beyond.  It details his remarkable coaching success with multi-cultural teams of Manhattan immigrant boys and the various ways in which he’s helped hundreds of inner city kids negotiate the challenges of settling in the USA. It’s also a riveting account of his recovery from a heroin addiction and redemption from the criminality that it caused before he rebounded and returned to New York — where, after making ends meet by driving a cab, he became “Coach Jake.”Martin Jacobson got his introduction to soccer after moving from Brooklyn to Long Beach, New York.

I had a mischievous childhood and got into some petty trouble. I was picked up by the police and taken to the local recreation center. It was run by Herman Druckman, a Holocaust survivor from Germany who spent much of his adult life in Brazil. I fell in love with the sport the first time I played it. I was enthralled. It motivated me because it was fun and I was good at it. It was love at first touch! … Herman Druckman’s a person who just cared and who I will always thank for showing me the beautiful game.

I learned to play soccer as a form of therapy. Little did I know soccer would loom as therapy again later in my life.

Jacobson, while serving as a guidance counselor at Manhattan’s Martin Luther King Jr. High School, took charge of the team’s winless soccer team in 1994. At the school without a field, he created a perennial championship team by finding talent among students in ESL (English as a Second Language) and bilingual classes.

We’ve had kids from war-torn African countries, earthquake survivors from Haiti, refugees from revolutions … Some would need shelter, food, medical, clothing … all have crossed the hallways of the school and the team.

On the challenges of coaching a group of players with such a variety of backgrounds and ethnicities.

In the beginning days at MLK, it was difficult because so many players spoke different native languages — Wolof, Mandingo, French, Spanish, and very strong Caribbean island accents. But we all had the same language of futbol! And having great teams eliminates lots of barriers.

Also, our sport is a natural binder of spirits and souls. Like folks get along well. Soccer is the common denominator.

* * * * * * * * * *
“Jake’s teams have been a reflection of the extraordinary diversity of our country and game. Especially during this time of intense debate over immigration in our country, “Becoming Coach Jake” is enlightening and should never be forgotten.”
— MLS Commissioner Don Garber.
* * * * * * * * * * 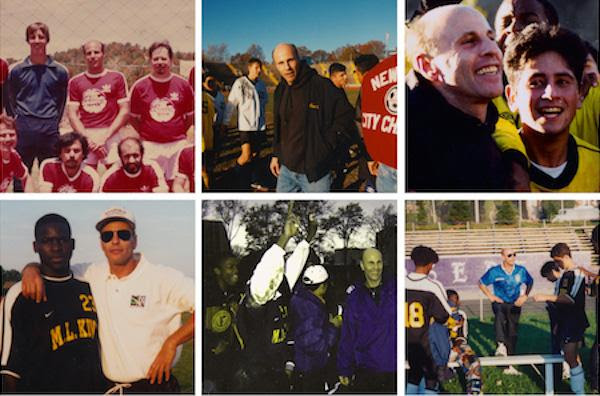 What are the advantages of fielding teams comprised of players from different cultures?

I think combining different styles — Latin American, West Indies, West Africans — to total team play can be exciting and fun … not to mention winning teams. We still work to teach the same skills and mindset of total soccer.

“We are the tree, but Jake is the roots. Jake protects us, gives us what we need, advises us, and helps us with our education. Without him, we do not know what to do.”
— Bouna Coundoul, MLK goalkeeper in the late 1990s who went on to an 11-year pro career that included six MLS seasons with the Colorado Rapids and New York Red Bulls, and 29 caps for Senegal — before returning to become MLK goalkeeper coach.

“It didn’t matter to kids like Bouna that he was from Senegal or that someone else was from Jamaica, that they were from different cultures and religions or that their English wasn’t great — they all had the common language of soccer to bring them together.”
— Martin Jacobson (Becoming Coach Jake)

Has it been a struggle to get college coaches to scout inner-city kids? Has this improved over the years?

Since most of my players also play club — although not the Development Academy — my boys do get known. I have also developed my own coaches’ network and I am able to call colleges to let them know what players are ready to move on the the next level. Our program has a 97% graduation rate and we’ve had more than a hundred go on to play college ball. That is what we do at MLK. We’ve also had 14 go on to different levels of the pro game.

However, U.S. Soccer and most colleges do not really know that so much talent can be found in the cities. 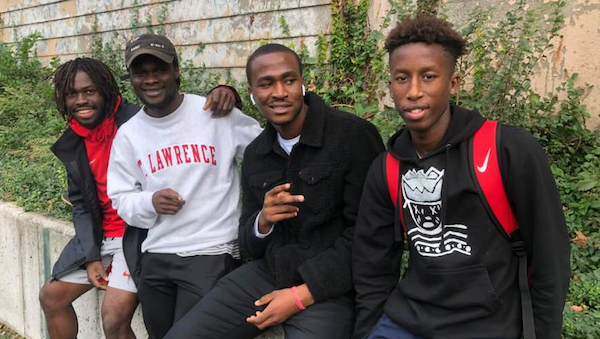 Years ago, MLK High School was dubbed “Horror High” by the tabloids.

Our school has transformed and is now a Campus High School. Each of our six floors has a different themed school. Night and day from days past. It’s quite peaceful and calm — overall. We have the top school in academics in the city: Manhattan/Hunter Science High School. We even have a Special Music School High School. We have a school for everybody.

“They would gather in my office at lunchtime to talk about soccer, and life. They represented kids from all over the world, and all over New York, trying to keep their dreams afloat in a sea of trouble.”
— Martin Jacobson (Becoming Coach Jake)

You’ve had kids on your team who would have quit school if wasn’t for soccer?

Athletics are a natural deterrent to school dropout rates — a proven fact. Especially for 9th and 10th grade students. 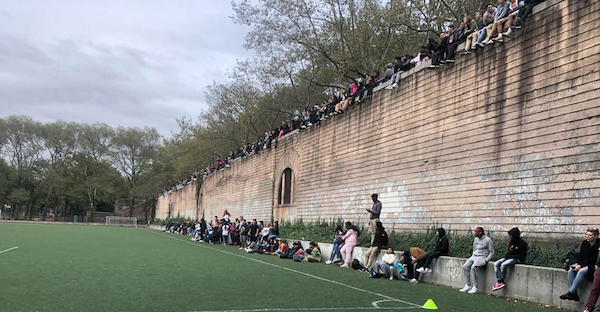 Yes, it has. Losing a player to an MLS club I somewhat understand, but to these second-tier programs in lieu of high school is not acceptable. We at MLK are better than them, care about their academics and development, and place more of our kids in colleges than they do.

What compelled you to be so honest and public about the darker parts your personal history, such as the substance abuse problems?

I “told all” so others could learn that we can recover, we can do good, and that we all learn from our mistakes. There is always hope! We are on this earth for two reasons: To learn life’s lessons and to help others.

• Becoming Coach Jake: A Story of Overcoming the Odds, on the Soccer Field and Beyond by Martin Jacobson with Bill Saporito