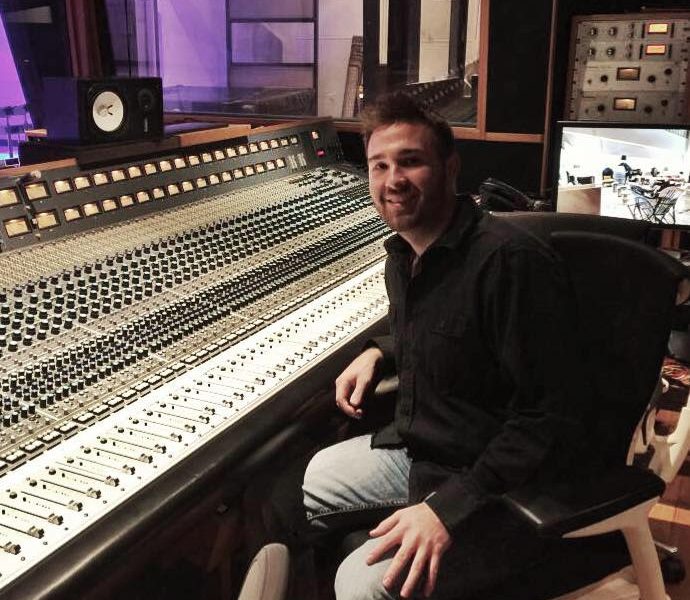 Today we’d like to introduce you to Daniel Blanck.

Originally from New York, Daniel Blanck’s musical passion and upbringing combined his love for guitar and technology, leading him to work in many recording studios and learn the craft throughout his teens. While experimenting with microphones, instruments, and sounds in a studio he built in his parents basement, Daniel determined he would make it his life’s work to pursue music, sound engineering, and producing. In recording technology, it is the conversion of something unseeable or abstract (like a sound wave) into a physical record (or file) that will be enjoyed as music forever, that sparks Daniel’s passion and pursuits.

Blanck Records recently opened a new studio in the Hollywood Hills. They work with Grammy and Emmy winning artists, producers, songwriters, and filmmakers. Daniel enjoys collaborating with a variety of artists locally and internationally, including musicians who perform with everyone from Beyonce to the Metropolitan Opera Orchestra. Blanck Records produces and engineers bands and artists for major labels. Daniel Blanck is also a Producer and Scoring Engineer at the John Williams and Steven Spielberg Scoring Stages. He has contributed to music and sound for over one hundred films (Sundance, Cannes, Tribeca, LA Film Fest), television (Netflix, HBO, Hulu, PBS) and video games (Star Trek Holodeck, Tencent Games).

Daniel is a member of The Recording Academy and Motion Picture Sound Editors. He is originally from Syracuse, New York, where he developed his passion for music. He enjoys playing guitar, golf, and spending time with his dog Harry.

Great, so let’s dig a little deeper into the story – has it been an easy path overall and if not, what were the challenges you’ve had to overcome?
It is well known that the music and film industry have been transitioning from a physical sales-based business model to a digital subscription streamed model. While, this presents many new exciting opportunities and technological advances, it is important that along the way, we don’t forget the human elements that have allowed us to create our timeless musical works- real live musicians, ensembles and orchestras, expressing the tone, touch, and feel of their instruments in a live acoustical listening environment, such as a recording studio, concert hall, or even cafe. This emotion, sound, feel, and even harmonics, can not be recreated purely with digital synthesis. It is imperative that we impart these values to the next generation of musicians and listeners, while still being open to and experimenting with the new digital technologies.

Alright – so let’s talk business. Tell us about Blanck Records – what should we know?
Blanck Records is a recording and music studio company located in the beautiful Hollywood Hills of Los Angeles, California. Our team looks to provide world-class recordings and productions. Blanck Records works with artists around the world collaborating with labels, production companies, and orchestras.

Is there a characteristic or quality that you feel is essential to success?
LISTENING