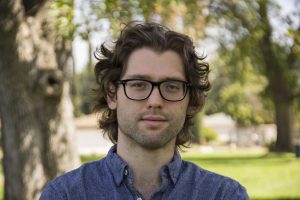 Bio: Zachary Eritz is drawn to stories that impart a genuine experience. Whether it's his documentary producing work that covers immigration patterns up the Santa Barbara Coastline or his quasi-fictional short stories full of angst and immobility set in Appalachia, Zack is interested in honesty, in all its terrible splendor. Zack is an experienced screenwriter, documentary producer, and essayist. Zack’s feature narrative Allegations was acquired by Lunch Hour Productions, run by former HBO executives Nina Warren and Linda Evans, and explores the nuances of the #MeToo Movement in the film industry through the eyes of a young female journalist. Zack also produced the award-winning documentary Esfuerzo with Alana Maiello and is co-producing her feature debut.
Request an Introduction