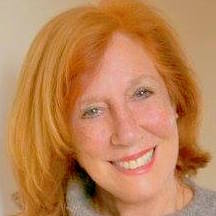 Bio: Yvonne Sewall is an author/producer and longtime supporter of the arts. Her late ex-husband Mickey Ruskin, owned Max’s Kansas City, the bar and restaurant at the center of New York City’s cultural scene in the 1970s. At Max’s, which Jimi Hendrix once called the place “where you could let your freak flag fly,”  Mickey hosted creative types including Andy Warhol, Allen Ginsberg, Janis Joplin, Rauschenberg, Patti Smith and Mick Jagger. She established the Max's Kansas City Project in 2001 in his memory, a 501c3 dedicated to providing emergency relief for individuals in the arts in need for housing, medical and legal aid. Yvonne is also launching a teen empowerment through the arts program FEARLESS YOUth, featuring an interactive virtual club with a focus on substance abuse and suicide prevention. She is the author of High on Rebellion, an oral history of Max’s golden years, and has a documentary on Max's in production.
Request an Introduction