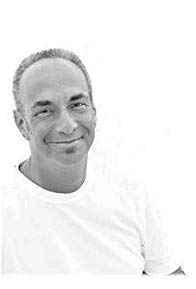 Bio: William Todd Levinson was born in Kingston, N.Y. As a child, he had a keen interest in school plays, which lead to a quest in music and acting. William, or Todd, as he is better known, started playing the cello at age 9 and followed with the trombone at age 11, and became an accomplished musician playing multiple instruments by his teens. Todd would begin his film and stage acting career later in life, beginning with his small role in the independent film "Maiden of the Hospital Nights". This was followed by a role in the play "A Woodstock Century", a whimsical musical based on the rich history of the arts colony of Woodstock, N.Y., which is a second home for Todd. Todd was pursuing his musical aspirations as well, performing with various musicians, and he continued to act, appearing in the film "Woodstock:Can't Get There from Here", a documentary about Woodstock, New York, as himself. His next role was in the remake of the film "War of the Worlds" in 2005, followed by a role as a state police investigator in the 2007 film "Racing Daylight", starring Academy Award winner Melissa Leo and David Strathairn. Todd was also in the video for the rock group Blondie for their song "Mother" in 2011, as a club going zombie. In 2012, Todd appeared in the movie "Rhymes With Banana",and was the "Bass God" in Laurent Rejtö's film "Persephone", ironically with Melissa Leo again, and provided voice-over talent for the movie "Bachelorette", starring Kirsten Dunst. In 2013,Todd appeared in the film "Frances Ha" and was also "The Sisterhood of Night", from 2014. Todd continues to do voice-over work and music production.
Request an Introduction