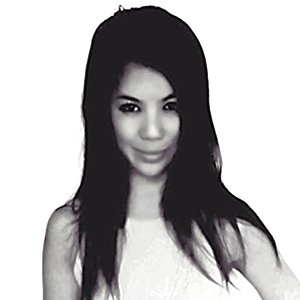 Company: Issa PR
Bio: Viet N’Guyen is the founder and CEO of luxury lifestyle agency, Issa PR. As one of the youngest CEOs in the country, she was formerly an SVP at number one PR firm in the world – Edelman spearheading campaigns for major brands, including Tiffany & Co., Maserati, Heineken, Volkswagen, Empire State Building and others. She was head-hunted to be Head of PR for boutique agency, projekt : nyc, where she worked with clients from Moby, Grammy award-winning singer, Lupe Fiasco, Diesel and Art Basel. She has also been involved in several philanthropy and pro bono campaigns for The United Nations and UNAIDS, START - an NGO that rescues orphans displaced by the war in Syria, Lebanon, Palestine, Jordan, India and the UAE, and Many Hopes, an NGO that protects children from poverty and corruption in Kenya. Founded in 2014, Issa PR represents some of the world's iconic brands, including Absolut, Vogue Italia, Def Jam Records (Kanye, Rihanna, Justin Bieber, Axwell & Ingrosso from Swedish House Mafia) and Davidoff Cool Water with actor, Scott Eastwood and National Geographic. Issa PR recently spearheaded a global project for Absolut with seven artists in seven countries, and will be soon working with BMW on an art and culture campaign. Viet was chosen by George Wayne from Vanity Fair for his “Downtown 100” List of “inspired and relevant people who define downtown Manhattan” alongside Alexander Wang and Madonna, when the agency first launched. She was recently recognized as one of New York Business Journal's "Women of the Year 2018". She has lectured at NYU on international PR. Accolades and press on the agency include: Associated Press (AP), Reuters, Dow Jones, Vanity Fair, New York Business Journal, PR Week, PR Couture, O' Dwyers, The Holmes Report, sheBOOM Magazine and Yahoo Finance!
Request an Introduction