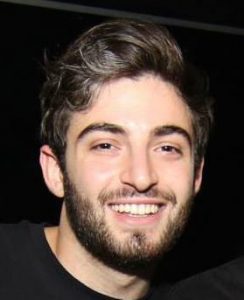 Bio: Tyler Gross is a founder and managing partner of an art and event production company (Why Empire) that is based out of New York City. Tyler is a graduate of New York University, where he received a BA in Philosophy. During his time at NYU, Tyler wrote and produced music; and performed DJ sets at various events throughout New York City. Along with three other partners, Tyler created an art and event production company that is focused on fostering collaboration between artists of all different forms. His company showcases the artistic works and creations that come from the community that has developed around it. For the past two years Tyler has also been managing a music studio that has produced projects that range from folk music to hip-hop and rap. Since the inception of his company, Tyler has curated and managed numerous events in NYC. Some of the events included a month long showcase of visual art and music at the Mondrian Soho Hotel, as well an art gallery event that incorporated both visual art and live music performances. Tyler currently lives in New York City and continues to work as an event curator and facilitator for artistic and creative collaboration.
Request an Introduction