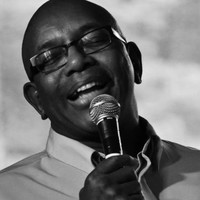 Bio: A powerful vocal artist that can soothe the heart and arouse an audience drawing from an eclectic repertoire of Jazz, Blues, R&B, and Gospel. This Jessie Richardson Award winning actor has toured the US, setting off his debut in London, England’s West End with the Hal Prince production of Show Boat, lending his voice to many Arts Club Theatre productions. Most recently: The Buddy Holly Story being remounted for a summer run at the Stanley Theater. Tom will reprise his role of the Apollo MC, role of Horse in The Full Monty for Patrick Street Productions and several Vancouver moving theater productions, including East End Blues/All That Jazz, and Bah Humbug. Tom sings the way he dances like nobody is watching. And invites everyone to the wicked Pickett Party!
Request an Introduction