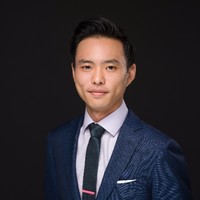 Bio: Tim Hur is a graduate of the Georgia Institute of Technology with a Bachelor of Science in Industrial and Systems Engineering. Immediately after graduation, Tim has had a tremendous career in real estate. Currently, he runs and operates a boutique real estate firm in Metro Atlanta. Also representing international business clients, Tim is fluent in Korean and English. His extensive experience acting as a global business consultant has assisted Asian companies launch their U.S. Headquarters in the United States. He is a founding member of the Gwinnett Chamber’s Young Professionals (hYPe), a charter member for the Gwinnett Mosaic Rotary Club, and a board member for the American Cancer Society – North Georgia and the Gwinnett Clean and Beautiful. He is also a member of the Atlanta Commercial Board of REALTORS, having his CIPS, ABR and GREEN designations. Active in the Korean community, he served as a board member for the Korean American Coalition (2008-2009), the Korean American Scholarship Foundation (2009-current), the Vice-President of the Next Generation Division of the Overseas Korean Trade Association (OKTA) Atlanta Chapter (2010, 2013) and been appointed to serve on the Atlanta Chapter of the National Unification Advisory Council for the South Korean Government. He has been serving as the Assistant Secretary of the Gwinnett Place Community Improvement District, is a 2010 graduates of the Atlanta Regional Commissions’ Regional Leadership Institute, a graduate of the 2012 class of LEAD Atlanta (a division of Leadership Atlanta), a graduate of the 2013 class of Leadership Gwinnett, was named one of the Top 35 Under 35 in Gwinnett County (2011), and was named one of the Top 25 Asian Americans in Georgia consecutively in 2011, 2012 and 2013. Most recently, he has been named as one of the 2013 People to Know in Gwinnett County. Tim was also elected as the President of the Atlanta Chapter of the Asian Real Estate Association of America, a trade association with 31 chapters and over 15,000 members, appointed by the President of the National Association of REALTORS as the 2013-2014 President Liaison for South Korea on behalf of the National Association of REALTORS (NAR) and serves as Vice Chair for State and Local Forum on Global Business for NAR.
Request an Introduction