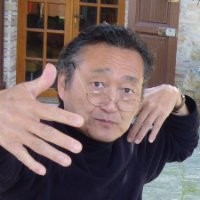 Bio: Since 1970, Tak Inagaki has made over 60 documentaries throughout the world for American and Japanese television, The United Nations, The National Geographic Society, PBS/Bill Moyers, and Time Warner Cable's NY1 News. Subjects ranged from DNA to Ultra Maoist Revolutionary Movement in South America to Child Abductions in the US to Education/Healthcare in Japan. He has won the prestigious Japanese Broadcasters Association’s Science Award twice, an AP Award, and an Emmy nomination. Since he formed his own production company in New York City in 1985, Tak Inagaki Productions, Inc. has produced over 2,000 news/feature stories for various TV shows, including the daily news program cited by VARIETY as the “World’s Best Morning News Show.” In 1995, he initiated his crossover from non-fiction to dramatic work and theater. Currently he is serving as a New York City bureau chief for a Tokyo-centric television station, Tokyo Metropolitan TV (MXTV), bringing NY1 News daily to Tokyo viewers. He is also an editorial collaborator to the world’s most successful graphic science magazine, Newton, which is published in four languages worldwide. His monthly interview with world-reknowned scientists appears on Newton's English iPad/iPhone edition. He received an MFA in Film from Columbia University, where he was the recipient of an honors scholarship award from the Academy of Motion Picture Arts and Sciences, and has a BS degree from The University of Pennsylvania. He represents a unique fusion of East and West, and also the Arts and Sciences.
Request an Introduction