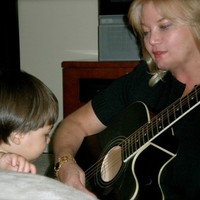 Bio: Ms. Robinson has been a prominent global entertainment and litigator for over 30 years. She attended George Washington University, various campuses of the Schiller College throughout Europe for her undergraduate degree in Mass Communication and Broadcast Journalism, and Emory Law School to attain her Doctor of Law. She has helped artists for over forty years and is herself a classical and jazz musician and actress, having produced her own television show, emceed talent, fashion, chef and beauty shows, and produced an album with her own arrangements and vocals currently being used in television shows for networks and other internet shows. She has appeared onstage, in podcasts, on live television and radio. She is a true media and show biz lawyer as well as a Life Member of GACDL, an experienced civil and criminal litigator and a member of the Entertainment and Sports Law Section of the State Bar and has served on the Board of People TV and other charitable and entertainment boards. Over 4000 clients later, she has acquired lost masters, negotiated movie and global recording and publishing deals and worked with stars from Princess Di to Emmy and Grammy nominees and winners, indie film makers, chefs, actors , models, writers and musicians. As a panelist and attendee at the Atlantis Music Conference, the SXSW Music and Film Conference, and the recent 2014 Entertainment Law Institute, she has recently worked with producers in Europe and the Caribbean Islands to help bring the island and jazz/blues musician brands into the All Inclusive resorts, collect overseas publishing, and to reacquire masters of musicians who are deceased for their estates or to the return of the ownership of musicians and songwriters to their original masters. She is currently working with families on their legal problems, actors on Tyler Perry shows, Grammy nominees and winners and cable, major network and independent television producers.
Request an Introduction