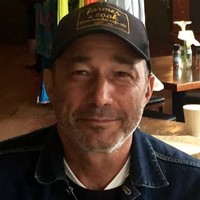 Company: www.stevereiss.com
Bio: Steve Reiss discovered early on that regardless of the platform, his work would combine passion, activism, his love of beach culture, music, art, publishing and the natural world. His projects have ranged from a Summer surf and music festival in Bridgehampton, NY, co-founding an art and performance space in Venice Beach, producing a multi-volume Distant Learning venture about the music and publishing industries (Inside Sessions), and working with a globally focused Sustainable Surf organization in California and the Buckminster Fuller Institute in Brooklyn. In addition, he has stamped an indelible mark on the music video industry, both as a producer for artists such as Michael Jackson, Lauryn Hill, R.E.M., the Breeders, Alanis Morissette and Madonna -- working with legendary directors such as Spike Jonze, Mark Romanek, Peter Care and Michel Gondry, and as co-author of the classic book on the music video as an art form , Thirty Frames per Second (Abrams), with former Beach Culture and RayGun Magazine Editor Neil Feineman. Currently developing several film projects, books and impact based content, he remains an avid surfer and environmental activist, with a particular concern for the preservations of the oceans, with furthering the awareness and understanding of the planet as a whole system.
Request an Introduction