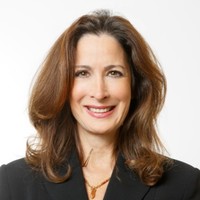 Bio: Stacey is a native New Yorker who now lives in Munich, Germany. She is Vice President and General Counsel at SCA, a global hygiene products company with 44,000 employees, where she is entrusted with the overall responsibility for providing legal support as well as managing the compliance law program for the European Tissue Business. In addition to her role at SCA, Stacey teaches a course in U.S. Business Law at the law school in the Ludwig-Maximilians-Universität in Munich. Stacey is a graduate of the joint CCNY/NYLS Urban Legal Studies Program. She began her legal career in 1985 as a litigator on civil commercial matters appearing before both the state and federal courts in New York. Later, she served in New York City government under the leadership of Mayor Ed Koch and his successor, Mayor David Dinkins, as an investigative attorney with the New York City Department of Investigations handling complex criminal and administrative investigations into suspected corruption by City officials and corporations doing business with the City. In 1991, she moved to Munich, Germany where she founded her own business law practicegaining significant cross-border legal expertise on U.S.-German corporate and commercial matters, specializing in mergers and acquisitions, joint ventures and international licensing arrangements. She later formed an affiliation with the law firm of Jacob Associates. She has been with SCA since 2007. Stacey is a founding member and was the first President of Beth Shalom, the liberal Jewish community in Munich.
Request an Introduction