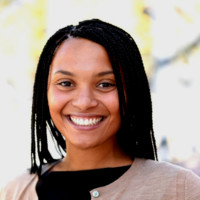 Bio: Born and raised in NY, Sophie earned her BA in English Rhetoric and Global Culture from Binghamton University, where she also played Division 1 Soccer! After graduating from Binghamton, Sophie moved to Phoenix, Arizona where she was a sixth-grade teacher and earned her Master's degree in Elementary Education. After spending two years in Phoenix, Sophie went on to advocate for education policy reform at Global Citizen and was a Fulbright scholar in Durban, South Africa where she sought to gain a global understanding of the impact of systemic racism on education. Before moving to Los Angeles for law school, she taught middle school art in Queens, NY. Now, Sophie is entering into her third year of law school at USC. Over the past two years, she has found her calling at the intersection of the arts, education equity, racial justice, and the law. This summer, Sophie earned a Citizen Diplomacy Action Fund Rapid Response to begin an initiative called ARTS Justice, which will provide art supplies and an at-home arts curriculum to black and brown youth from underserved communities in LA. She is also working with the Western Justice Center to create and add an arts component to their conflict resolution and mediation curriculum.
Request an Introduction