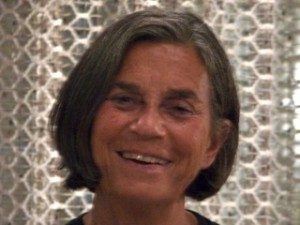 Bio: Sondra Farganis is the former Director of the Wolfson Center for National Affairs at The New School, holds a B.A. from Brooklyn College, a M.A. from the New School, and a Ph.D. from the Australian National University. Before coming to the New School in 1988, she taught at CUNY, Vassar, and Hamilton. At the New School, she has been the Chair of the Social Sciences Department, the Associate Dean for Academic Affairs and the founder and Director of the Vera List Center for Art and Politics. Her books include: The Black Revolt and Democratic Politics; The Social Reconstruction of the Feminine Character; and Situating Feminism: From Thought to Action. She has written numerous articles for scholarly journals on subjects ranging from theories of liberty, identity formation, Hannah Arendt, intellectuals, and postmodernism. She has been president of both the New York State Political Science Association and the Northeast Political Science Association and has chaired the Theory Prize section of the American Sociological Association. Her current research is on the role of social movements and the cultural elite in the transformation of American society. She is also a Trustee of the Poughkeepsie Public Library.
Request an Introduction