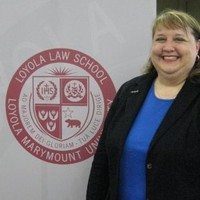 Bio: Sheryl Martin is an attorney, licensed to student, she studied at Loyola Law School, Los Angeles part time, focusing on entertainment law and intellectual property, including copyright, and the legal aspects of the Hollywood Guilds. While studying law, she worked full time as a contract administrator for Walt Disney Motion Pictures. In her 20 years of studio experience, she gained an understanding of the industry, and worked closely with both creative and business professionals. Originally from Northern California, she graduated from the University of California at Santa Barbara with a degree in Film Studies. Her career started in San Francisco at a video post- production facility, and continued at a computer animation firm. She moved to Southern California, to attend the Summer Production Workshop at USC Film School, before taking her first job for Disney as a Production Finance Coordinator.
Request an Introduction