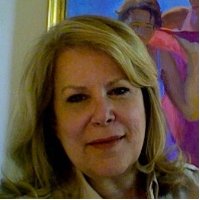 Bio: Two-time emmy-winning writer Sheri Anderson was responsible for over 3000 hours of network television before authoring two published fiction novels, A Secret in Salem and A Stirring from Salem, for Sourcebooks and Corday Productions. Sheri is currently a partner in Hot Rock Media/CohenThomas Management, a firm representing actors in film and television. She is widely credited for some of the most memorable and groundbreaking storylines on the small screen. She was involved in every aspect of the writing process including longterm storyline, daily episode breakdowns, dialogue writing and editing and supervision of the writing staffs. She is recognized as one of the creative forces behind the high romance era of soap opera in the 1980s, the most popular in the genre’s history. The Los Angeles native then segued into developing TV and film projects domestically for Spelling Entertainment, NBC, Sony Interactive and Nelvana, and internationally with Bavaria Films (Germany), Spectak (Australia), and Franz Marx Films/MNET (South Africa). She resides in Los Angeles with her husband Paca Thomas, five time emmy-winner and owner of media arts company pacaworks.com producing online weekly segments for slate.com and nbcnews.com among others. He is also currently the on-air sidekick and producer on Bernie Taupin’s American Roots Radio on SiriusXM’s The Loft.
Request an Introduction