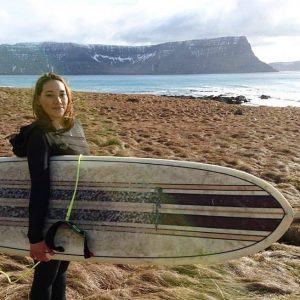 Bio: A recent Pace University graduate, Savannah McCauley is excited to continue her work full time in film production and content creation in New York City. An avid 35mm film nerd, daily newspaper reader and Rockaway surfer, Savannah prides herself on her drive to create visually interactive films and her belief in the power of knowledge in storytelling to change the world. With a Bachelors Degree in Film Studies, Creative Writing and Photography intertwined with her passion for global politics and human rights, Savannah has set out use her experiences at MTV, Refinery 29, and a variety of roles in film production to write and direct content that carries itself not just visually but with a voice and a message. With a interest in journalism and socially charged narrative Savannah looks to films like Beasts of No Nation, and Fruitvale Station for inspiration. You can find Savannah most often behind the lens of her Canon 5D Mark II shooting street photography, collaborating with fellow writers on new projects, or out on her surfboard ill’il’ili (leigh-leigh) during a good Rockaway swell.
Request an Introduction