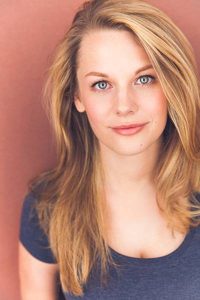 Bio: Samantha Bilinkas (aka “Sam”) is an actress/singer and is a recent graduate from NYU Tisch (BFA Drama). She has also completed the Improv curriculum with Upright Citizens Brigade in NY and has studied abroad (Shakespeare in Performance) at the Royal Academy of Dramatic Arts in London. Sam is SAFD-certified in Unarmed Stage Combat and Broadsword and excels at numerous accents and dialects. Sam is a singer (Mezzo-Soprano) and has been performing since she was 8 years old. She has had leading roles in numerous independent films. She has also performed in a Broadway Workshop (Night of the Hunter) and Off Broadway drama (The Trials of Ms. Katherine) as well starred in many NYU/RADA productions (The Crucible, Playing for Time, Much Ado About Nothing, Dog Sees God), and countless leading performances at the Internationally acclaimed French Woods Festival of Performing Arts (Noises Off, Equus, The Children’s Hour, The Cherry Orchard, Hello Dolly, Steel Magnolias) and many more regional productions. Sam is a member of the Actors Equity Association. You can learn more about Sam at www.samanthabilinkas.com.
Request an Introduction