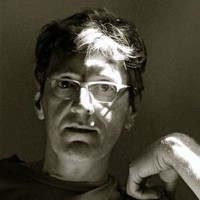 Bio: For the last thirty years Russell Richardson has been involved in the various stages of film and television production in France, England and the USA. Latterly as a film director, script writer, and production organizer. As a writer, Russell has been a member of the SACD in Paris (Writers Guild of France) since 1992. He is familiar with all aspects of film, TV and video production from idea development and financing, packaging, through shooting practicalities and organization, to post production, release, distribution and publicity with an emphasis on the idea to script stage and the improvement of existing scripts; the effective marshaling of financial and human resources, and has hands-on competence and field experience in all aspects of shooting, editing supervision, and laboratory liaison. He is familiar with AVID, FCPro and most similar on- and off-line editing systems, as well as traditional film-on-film editing. Russell was granted an O1 type visa ( Alien of Extraordinary Ability ) by the INS in December 2002, which was renewed for a further three years in 2006 with support from the Producers Guild of America, which enables him to exercise his profession in the United States. From August 2007 to September 2010 he was Executive Director of the Indie Program and in that capacity has spoken at Columbia University Teachers College (November 2007) and for Ulster County BOCES as an alternative education expert. The program was considered to be a cutting edge arts in education program, which dealt especially with at-risk and exceptional teenagers within the high school system. Since 2010 Russell has returned to film production as a writer and director, and is currently preparing a series of feature films set in New York, as well as writing personal multi-media projects.
Request an Introduction