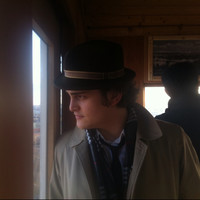 Bio: Rudi Azank is an award winning Director/Producer/Actor, and graduate of the film school at NYU's Tisch School for the Arts. He is the executive producer of the award winning web series 'While Waiting for Godot', the official web adaptation of Samuel Beckett's classic play (whilewaitingforgodot.com), which he performs in as well. He is the receiver of the Best Cinematographer award at the 2014 Rome Web Awards for the Season 1 of 'While Waiting for Godot', as well as being nominated for Best Director. His film editorials are published frequently on Art & Entertainment website The-Artifice.com. He studied acting at the Lee Strasberg Conservatory, as well as the Stella Adler Conservatory.
Request an Introduction