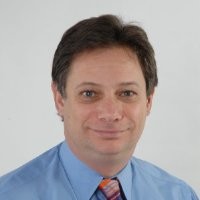 Bio: Roy Klein is a 1977 honors graduate of Columbia Law School (where he was a two-time Harlan Fiske Stone Scholar) with more than three decades of experience litigating complex business disputes and employment cases for large companies, small businesses and individuals. He has also lectured extensively on civil liberties and employment issues. Roy strongly believes in the power of volunteerism and giving back to the community. Toward that end, he took a leave of absence from his law practice in October, 2008, to work as a full-time volunteer for the Obama campaign in Allentown, Pa. He also serves as a member of both the arbitration and mediation panels for the United States District Court for the Eastern District of New York, as a member of the panels of mediators for the Nassau and Suffolk County Supreme Court Commercial Divisions and as a member of the Nassau County Bar Association’s ADR Tribunal. He coaches a local area team in the NYSBA’s annual high school mock trial tournament. And he’s worked for over a decade as a cooperating attorney for the Nassau Chapter of the NYCLU, where he now serves as its the President. Roy’s hobbies include making and listening to music, writing (www.royklein.com) and sports (including pitching for the past 15 years in an over-35, modified fast-pitch softball league).
Request an Introduction