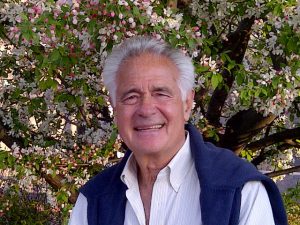 Bio: Ron Lyon is an award-winning producer/director whose achievements span the spectrum from serious documentaries (“Hitler”, Manson”, “Organized Crime”, “Assasinations”, etc.) to successful series to movies for television. During his career, Lyon has functioned as an executive, (MGM, Kings Road, Universal/MCA, etc) creator, executive producer, line producer and director, emphasizing television movies, series and reality-based programming produced on location in Europe and the US. As president of Ray Stark Productions (Rastar/Columbia TV) he acquired the rights to, created, produced and directed the iconic television series “Ripley's Believe It or Not” for ABC, starring Jack Palance. Subsequently, with his partner Jenny Paschall, he created, produced and directed series and specials for Discovery Channel, Travel Channel, A&E and Nickelodeon and Family Channels including "Would You Believe It??", Dambreaks, "Simply Unbelievable","Strangest Remains", "Most Haunted in America", "The Best Places To Find UFOs" “Real Strange”, and “Beyond Belief.” Lyon and Paschall also created “What Does It Mean To You”, a radio talk show series featuring Robert and Kim Kiyosaki (“Rich Dad, Poor Dad”). Lyon was also the manager and business partner of Mexico’s beloved television star, Marco Antonio Regil, becoming deeply immersed in the creation of Latino/Hispanic entertainment as well as outreach programming aimed at health, financial and spiritual education in the United States. Ron Lyon and Jenny Paschall have also written several books based on their knowledge of the weird and wonderful world which has been the subject of so many of their shows. Lyon and Paschall, aka "The Wizards of Weird" also lecture at colleges and universities throughout the United States.
Request an Introduction