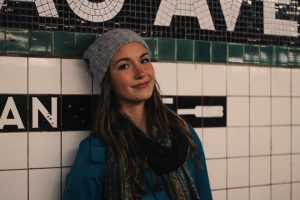 Bio: River Wittke is an eighteen year old political junkie with an insatiable need to be where she's not. She grew up in Montana, but left at the age of 15 upon being accepted into THINK Global School, the world's first mobile high school. Since then, she's lived in India, Tanzania, Japan, New Zealand, Costa Rica, Greece, Sweden, Bosnia and Herzegovina, and Italy, where she graduated with an International Baccalaureate Diploma. River is now attending The New School in New York City, and plans on studying inter-cultural communication. She has a particular interest in politics and journalism, as is evidenced by thevandalist.co, a political blog she co-founded with one of her former classmates. Design and media are also large components of River's life, and you can often find her in a dark corner of a café, fiddling with Adobe Illustrator.
Request an Introduction