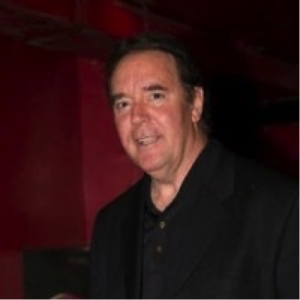 Bio: Grammy and Tony nominated Producer and Composer, Ric Zivic was Executive Producer on the critically acclaimed holiday film, "The Christmas Secret," starring Beau Bridges and Richard Thomas, the highest rated CBS film in its premiere year and now lives on as a favorite Christmas classic. As a Producer and Composer, he received a Daytime Emmy and Golden Eagle Award, as well as a Grammy nomination for his work on the popular children's series "Bingo and Molly" for The Learning Channel. He was a Producer and Composer on the hit series "Overhaulin'" for the Discovery Network. He was also a Producer on “UFO’s and Aliens: Search for the Truth”, on Discovery. Ric, most recently, was a Producer on the smash Broadway Play "A Christmas Story: The Musical”, based on the beloved classic film, and starring Dan Lauria as Jean Sheppard. Ric and his production team received three Tony nominations, as well as, being nominated for the Drama Desk Award. Executive Producer/Producer at Z Music and Entertainment/Ric and Ted Productions, which are state of the art Production Facilities and Recording Studios in New York City.  Emmy winner, as well as Grammy and Tony nominated Executive Producer and Producer, developing TV, Film and Broadway projects from conception, creative and financing, to completion.  Will oversee the Production from concept, shooting, to post, which includes score, sound design and mix. Along with being a Producer, Ric is also a  Composer and Sound Designer for Film and Television.
Request an Introduction