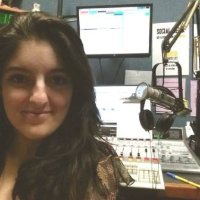 Bio: Rebeca graduated from Ithaca College with a Bachelor of Science degree in Television and Radio in December 2015. During her time at Ithaca she was a Producer of ICTV’s longest running game show Fake Out. She also worked as Music Director on the college’s student run radio station VIC Radio, and ultimately continued on to become Station Manager. During her semester abroad in London, Rebeca worked for Blurb, a music public relations company. She managed social media profiles, booked and coordinated artist interviews and live performances, and wrote press releases. She also earned an internship with ScriptWorks, where she worked as a story research and writing assistant for developing feature films. After graduating from Ithaca College and moving to New York City, Rebeca held a job at ABC News as a Teleprompter Operator for programs such as Good Morning America and World News Tonight with David Muir. After that she continued on to become a Researcher for the Investigation Discovery show, On the Case with Paula Zahn. While there she had the opportunity to research, write, and pitch stories, as well as interview investigators and families of homicide victims.
Request an Introduction