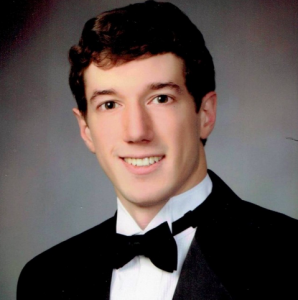 Company: Tesla Inc
Bio: My name is Randolph Peterson and I recently graduated from Virginia Polytechnic and State University with a Bachelor of Science in Electrical Engineering. I grew up in Greenwich, CT and went to the Greenwich High School which is where I realized that I wanted to be some sort of an engineer. Throughout my time at Virginia Tech, many of my interests formed from the experiences I had in the various types of engineering. One of which was joining a group called The Hybrid Electric Vehicle Team (HEVT) where I was on a sub-team referred to as the Advanced Driver Assistance Systems (ADAS) team, dealing with automotive programming for adaptive cruise control. Another was working for the defense industry by designing signal filters for military radar systems through the company, Microphase Corporation. I also did research for the United States Navy through my university, which involved research and development of automated drone systems. Through doing all of this, I have found that I really enjoy working on various types of engineering projects. Currently, some of the activities that I like are computer programming, sports like skiing, snowboarding, tennis, and croquet, going on caving trips underground, and astronomy. I did some programming while at Virginia Tech, mostly dealing with C and C++: I have even made some small video games with C. On the sports front, I have gone skiing and snowboarding on the east and west coast of the United States. My first job out of college was working as a sales representative and a home energy designer for Tesla Inc. I worked in selling all their products as well as improving various product details and designing home energy systems. For the nearly two and a half years that I worked there, it was a great job. Now I moved to the Boston area a few months ago and work as a Test Engineer for Raytheon which is soon to be called Raytheon Technologies. I work in the Andover, Massachusetts factory which employs around 5000-8000 people. While I cannot say exactly what I do, I can say that I test and fix components for radar and missile systems.
Request an Introduction