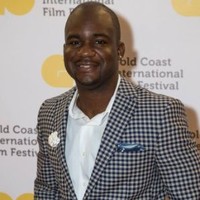 Bio: Ramfis Myrthil is a New York-based filmmaker and producer who views it as his responsibility to help unheard voices. He has made his name producing films made by people of color, women, and the LGBTQ community, and seeks to promote themes of passion and integrity in all of his work. As a founding partner and President of Beast of the East Productions (BOTEP), the highlights of Ramfis’ career are ever-growing. He had the privilege to produce the Mary Pickford biopic “Why Not Choose Love: A Mary Pickford Manifesto,” and recently went to the 2018 Sundance Film Festival with “A Boy, A Girl, and A Dream.” Placing among the top 18 films in the entire festival, “A Boy, A Girl, and a Dream” went on to be distributed nationally by Samuel Goldwyn Films and debuted on Amazon and the STARZ network in 2019. Ramfis also had his first film, “Love in the Small Print,” debut at the Cannes Film Festival, and other projects of his have been featured in Shorts International and 40+ other festivals around the world. Ramfis also produced The Zombie’s first-ever music video, “Any Other Way,” and he tours the country speaking at prestigious schools and festivals, including NYU and Cannes. His continued growth and success in the film industry earned him a spot in Stars’ 2018 40 Under 40 list. Ramfis’ passion for film is also matched by his passion to giving back to the community. He participates with the non-profits Mythic Bridge, the I Can Still Do That Foundation, Teach for America, Schools That Can, and Blacks on Wall Street. In his desire to assist the next generation of filmmakers, Ramfis has also participated as a judge for the 2018 BAFTA Student Film Awards as well as a mentor for the Arts, Entertainment & Media Academy Field Day at John Muir High School in Pasadena, CA. Ramfis is looking forward to his most recent film, “A Man and His Trumpet, The Leroy Jones Story,” winner of the State of Louisiana’s Endowment for the Humanities Award, being released by Good Docs at universities and conferences nationwide. www.ramfis.net
Request an Introduction