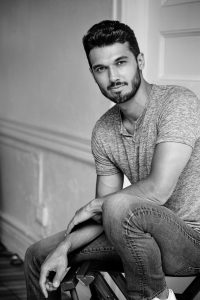 Bio: Ramazan Nanayev is an activist, social entrepreneur, filmmaker and a consultant. He is the Founder and CEO of Beacon Revolt, an impact media production company that develops films dealing with cultural and socio-economic issues with the purpose of inspiring solutions. He’s a Writer, Producer and Director of ‘Roads To Olympia’, a narrative fiction film about three young athletes who face cultural oppression, intolerance and poverty as they pursue a shared dream: to compete in the 2020 Tokyo Olympic Games. The film sheds light on discrimination due to gender, sexual orientation, and racism, and acts as a call to action for organizations fighting these injustices. Ramazan acted as a consultant to British Council on facilitating workshops and building creative digital toolkits. He’s a NXT-GEN Fellow For Moral Leadership, UNLEASH Innovation Lab SDGs Talent, Climate Reality Project Leader, an Ambassador of Sandbox.is, Nudge Global Impact Challenge Fellow, and a Global Shaper at World Economic Forum. He has acted as a Creative Director and Producer on many films and visual projects for Cylance, The Future Is Ours, Global Citizen, Aid For Aids, MYgration, The Global Education and Leadership Foundation, and multiple campaigns for #EqualityInSports.
Request an Introduction