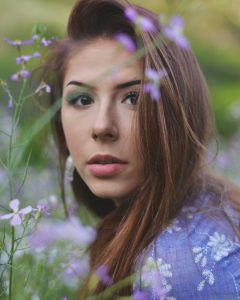 Bio: Rachael is a young actress who recently graduated from Marymount Manhattan College. After growing up in Pennsylvania and living in NYC for 5 years, she has moved to LA to continue chasing her dreams. She has been pursuing a career in theatre since she was in fourth grade, and hasn't stopped since. She's played roles such as Little Red Riding Hood in Into the Woods, Hedy LaRue in How To Succeed, Rhoda in The Bad Seed, and Mrs. Lovett in Sweeney Todd. Several of her performances earned her Hershey Theatre Apollo Awards, a local Tony-like awards program for Central Pennsylvania--she received 6 nominations, and 5 Apollos. Rachael also participated in The Jimmy Awards, and performed on the Broadway stage The Minskoff twice. Rachael has studied both voice and dance for years, with mentors such as Renee Elise Goldsberry and Jenn Colella. Her love of theatre has lead her to teach in addition to study, with work in directing, choreographing, costuming, and providing makeup for a variety of youth productions. Rachael also enjoys doing theatre makeup, and improved her talents alongside Jay Pearlman. In addition to being an actress, Rachael is an activist--with her work mostly centering around animals. She grew up with a mom who worked in domestic animal rehabilitation and rescue, and an aunt who did the same for wildlife. Rachael has worked with a plethora of animals, from cats to emus, but her main work centers around dogs. With a self-established, five-star business in pet care and dog training, Rachael is continually helping mankind understand the needs of man's best friend. She hopes to develop this work in a way that will continue to help and bring awareness to shelter pets, and the fog surrounding the "purebred' industry.
Request an Introduction