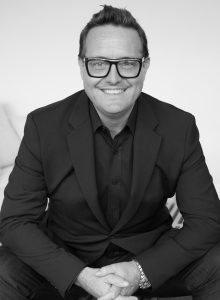 Bio: Peter Lorimer joined Keller Williams Realty, in 2005, where he was rookie agent of the year. He then went on to have 3 back to back years of being the number #1 agent in his brokerage. Culminating in 2009, where he earned the prestigious distinction of being the #1 top producing Keller Williams agent for the entire LA region, including Beverly Hills, Malibu and Bel Air and all other areas of Los Angeles County. Never one to rest on his laurels, in 2010 Peter decided to branch out on his own and launch his long planned and awaited, PLG Estates based in Beverly Hills, Los Feliz and coming soon to Studio City. Where he and his team of hand picked agents cater to a discerning clientele, many of whom are extremely well known individuals with creative tastes, but wish to remain fiercely private. Originally from the UK, Pete had tremendous success as a record producer before coming to the US, working along sides some of the biggest recording artists of the 80's and 90's and having over 30 #1's in the Billboard Club Charts and another 25 around the world. It was his love of working with artists, his creative mindset – and a succession of personal real estate investment deals - that led him into the world of real estate. In 2010, Pete passed another milestone by proudly becoming a naturalized US citizen . As Pete's business acumen grew over the years, he realized a tremendous need to assemble a S.W.A.T. team of support staff headed up by his wife and business partner Cindy Lorimer, herself an acomplished business woman, who's natural ability for real estate and tremendous attention to detail have helped give PLG Estates its reputation for legendary customer service throughout every step of the transaction. Whether it's a first time buyer looking for a $100,000 condo, or a well-heeled celebrity in search of a $10 million beachfront hideaway, every client is treated equally and given top-notch service by one of our team of agents. When he's not out with clients or negotiating a deal, Pete's downtime is spent with his wife Cindy and their kids Emily, Oliver and Charlotte.
Request an Introduction