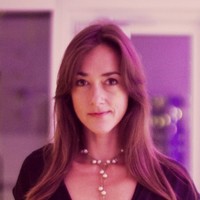 Bio: Pamela consults companies in sustainable business development and leadership enhancement and lectures internationally. Pamela grew up in the countryside of Belgium. She launched her first environmental magazine – grab the green – at age 12. Pamela obtained a Masters degree in Economics in 1995 and researched how nations can change consumption and production towards sustainable levels. She obtained another Masters in Environmental Management in 1997 and wrote a thesis on the creation of indicators that could be used by policy makers in their development plans towards sustainability. Pamela became an Eco-Consultant and continued researching on sustainable business applications in international emerging markets. In 1997 she developed a reorganization program for a management federation of the Flemish government and created strategies that would open business opportunities in sustainable development. She prepared the state visit of the Prince of Belgium to India in 1998 while identifying bilateral trade opportunities. Later that year, she joined a Brussels PR company where she managed various international accounts – such as the green SMART city car. Pamela moved to the USA in 1999 and completed a research fellowship at Columbia where she drafted the first TV show that promoted sustainable lifestyles. The “OUR PLANET” series launched in 2001 and Pamela has since produced and hosted more than 200 episodes. She launched a second show – “STYLING THE NEW WORLD” – which introduced European companies to the American market. In 2005 she joined the marketing team for the UNESCO decade for Sustainable Development and launched the Sustainable Planet film festival. Her first book URBAN ECOLOGY was published in 2007 and later she developed the online Sustainable Styles magazine. Her first children’s book, ECO HERO, is in pre-production and an Ethical Fashion television series is in development. She was recently honored with the Crystal Environment Award during the World Environment Summit in Bahrain.
Request an Introduction