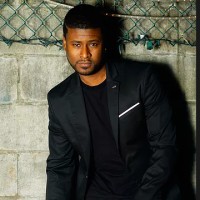 Bio: Owen Elijah Brown was born in Harrisburg, Pa. Early in life he knew he wanted to be an entertainer. Though growing up in a small town can create somewhat of a tunnel vision when it comes to achieving your dreams in entertainment, Owen was able to cling to the positive and nurturing influences in his life that have allowed him to travel down a path that has helped me to achieve them. Owen has shared a stage with world renown acts such as Parlament Funkadelic’s George Clinton, and has been part of a musical group called Odysy. He has appeared on nation television many times, and have competed in national competitions, placing in the top 5. Owen has been an opening performer for Boyz II Men, Danity Kane, Flo Rida, RocaFella Records, Kelis, Elton John, and Patti LaBelle. He has traveled from Harrisburg, to Philadelphia, to California and Los Vegas and hashad experiences which have been mentally and spiritually enlightening. Owen truly believes that one’s true potential can exceed even their own wildest expectations and that it is all effected by their mind set. One truth that Owen has learned is that no matter what one has done or how much one has accomplished, it is wise to be in awe that the future which lies ahead and is still full of exciting new challenges.
Request an Introduction