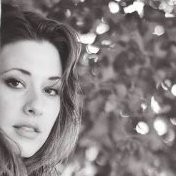 Bio: Nathalie Tedrick is a professional actress, dancer, choreographer, and instructor. She has toured worldwide with the Bellydance Superstars produced by Miles Copeland from 2007 to the present. Nathalie is featured in several Bellydance Superstars DVD’s including Babelesque Live in Tokyo, The Art of Bellydance Live in Shanghai, Solos From LA, and Bombay Bellywood Live in Irvine. She began dancing at the age of five, studying Shakespeare at age seven in Northern California, and has a background in Jazz, Hip Hop, Tap, Ballet, and Belly Dance. Nathalie became a principal actor with the Avalon Players’ Shakespeare Company at age eighteen. Some of her favorite roles include Juliet in Romeo and Juliet, Titania in A Midsummer Night’s Dream and Bianca in Taming of the Shrew. She can be seen in several commercials including a national for AT&T Yellow Pages. Nathalie has studied at Brian Reise Acting Studios and plans on furthering her training at Warner Laughlin Studios in Hollywood. She is represented in San Francisco by SF Top Talent, and The Jerry Pace Agency in Los Angeles.
Request an Introduction