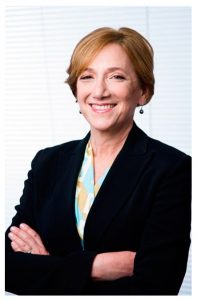 Company: Weiss Law Group, PLLC
Bio: Mira B. Weiss is the founder and principal of Weiss Law Group, PLLC and “Of Counsel” to Abrams Garfinkel, Margolis, Bergson, LLP (AGMB) based in New York and California.  With thirty years’ experience as an attorney and business professional she brings unique skills and a fresh, holistic, approach to the practice of elder law, special needs, and trusts and estates. Mira has an unusually broad background in legal and operations aspects of health-care. Her legal career began as a staff attorney in the office of the President of the Health and Hospitals Corporation of New York. She switched to operations as a legal-risk manager first at Columbia-Presbyterian Hospital and then at Bellevue Hospital Center. She moved up quickly in Bellevue operations ultimately becoming the Deputy Director overseeing a staff of three thousand with responsibility for many hospital functions including the emergency room. Legal services became a renewed focus when Mira took an attorney’s position at Horizon Blue Shield of New Jersey with responsibility for hospital-physician relationships and creating new manage-care arrangements. She advanced to the General Counselship of the firm’s managed-care subsidiary as well as a newly established HMO operating in Pennsylvania. The capstone of her corporate career was being named as Vice President and General Counsel of Touchstone Insurance, a Medicare managed-care insurance company. It was from this platform that Mira launched Weiss Law Group in 2011 and then formed her current relation with AGMB in 2016. Mira recently completed her term as chair of the New York City Bar Association’s (“NYCBA”) Small Law Firm Committee and remains as chair of the Health Committee of the SDNY Chapter of the Federal Bar Association. She is a member of the American Health Lawyer’s Association, NYCBA Surrogate’s Court Committee, New York State Bar Sections on Elder Law and Special Needs and Trusts and Estates, and the National Academy of Elder Lawyers. In June Mira will be inducted into the highly prestigious … Mira is a frequent Continuing Legal Education lecturer and panelist for such organizations as: The National Law Institute, Fordham Law School, New York State Society of Certified Public Accountants, New York City Bar Association, the American Association of Daily Money Managers, Caring Kind (f/k/a the Alzheimer’s Association) and the Orion Resource Group. Mira has an extensive list of publications; a recent example is Major Changes in Special Needs Law: Legislative and Case Law Update which appeared last year in a Federal Bar Association publication. Mira is a graduate of George Washington University School of Law and admitted to practice in New York State, the District of Columbia, and the U.S. Court of Appeals.
Request an Introduction