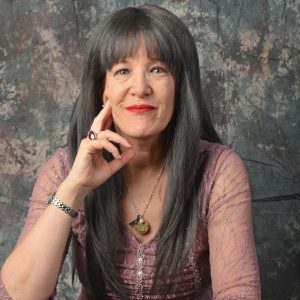 Company: Princess Wow Productions
Bio: There is a lot to learn about Mindy. She started out in the advertising industry, wardrobe styling for photo shoots and TV which led to films. People at word noticed that she had a knack for comedy and told her she needed to be in front of the camera and not behind it. So began a journey of stand-up comedy in NYC and one woman shows with her celebrated designer hats as props and also sold them at the end of the show, and later was hired to perform. Mindy Fradkin's "Hat's Entertainment" show received a lot of press from New York Times, Good Day New York, and other magazines and news outlets. Fradkin attended Hat school at Fashion Institute of Technology in New York, studied in Los Angeles Fashion Institute, and studied photography at Art Center College of Design. She is the founder of The Smile Revolution, raising conscious awareness to the healing power of a genuine smile, an inspired initiative begun when her Dad gave her a smile the last time she saw him before he passed on. Mindy hosted a radio show to support this mission as well as a blog in 2006. The late Pete Seeger, folk icon, Richie Havens, Arlo Guthrie and other well known musicians and authors graced her show on 1490 am, Kingston, thanks to her ex-husband, Roland Mousaa, folk singer/inventor/artist. Her art to wear hats have been sold to top stores like Henri Bendel's and Nordstrom's. Fradkin's first scripted show, Ageless Wonders: A Grown up kids Guide to Growing Newer", is directed by Best National Solo Artist, Jessica Lynn Johnson, about ageism in America, was picked up to perform Off Broadway in the biggest international solofest in NYC, Theater Row. She is performing in Los Angeles for the second time.
Request an Introduction