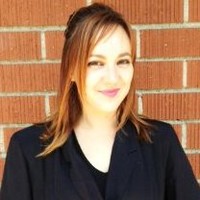 Bio: Milena’s first love was music. As a pop songwriter and performer, she released two records under the names Milena Mépris and Pin Me Down and was a featured artist on many others (Bloc Party, Alice Smith, Black Moustache, Sindy Rush). Milena garnered a 2008 GRAMMY Nomination as a songwriter for soul singer Alice Smith (Sony). She has toured internationally and licensed her music to TV (Showtime, MTV) and in commercials. In 2009, she wanted to broaden her creative horizons and enrolled at New York University’s Tisch School of the Arts, receiving her masters degree in Interactive Design and Animation in 2011. Today she uses music, animation, film, technology, and design platforms as mediums to create experiences and tell stories. She currently works as a director, animator, graphic artist, and as a physical interactive designer in gallery and performance spaces. Her recent credits include Status Updates (MTV), The Jeff Probst Show (CBS/NBC), YoPlait (commercial), The Moneymaker (short film), Coach (commercial), and she is especially excited about upcoming 30 minute documentary that she directed and produced for MoxTV about LA’s under ground club A Club Called Rhonda. All the while, she has not forgotten about her love of music and is writing a new E.P., which she hopes to release in 2013.
Request an Introduction