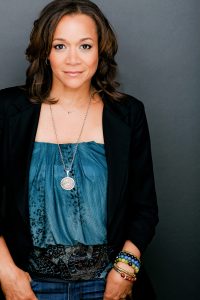 Company: Micholebrianawhite.com
Bio: Actor/Vocalist/Song Writer Now a seasoned vet to the world of theatre, film, television and commercials, some of Ms. White’s latest credits include: Lila and Eve starring Viola Davis and Jennifer Lopez. 2015 release. (Sundance) The Strange Eyes of Dr. Myes playing the lead role of Dr. Myes. 2015 (Rotterdam Film Fest) TV One’s Love that Girl as recurring love interest to Phillip Morris BET’s Reed Between the Lines as a series regular playing best friend to Malcolm Jamal Warner and Tony Rock. Ms.White also sang on the title song for Reed Between the Lines and her original song Breaking the Cycle was set to air on the 6th episode. She will be releasing her first music video and single for Breaking the Cycle 2015. She is proud to have played Fran in director Ava Duvernay's first feature film, I Will Follow. She was also series regular on 100 Centre Street directed by the late and extraordinary Sydney Lumet and had supporting roles in Spike Lee's She Hate Me and 25th Hour. Ms. White was a featured vocalist on the 2011 Daytime Emmy Awards/music by Ken Shapiro and John Ross. She recently had her song Game Over (melody, lyric, vocals) placed on episode of Single Ladies 2015
Request an Introduction