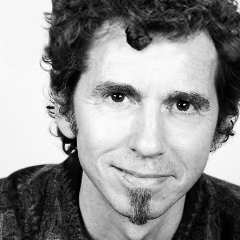 Company: Bright Blue Gorilla
Bio: I've written & directed 6 feature films, the latest is "Mr. Rudolpho's Jubilee", a comedy romance in English, German & Italian - with musical narration by Bright Blue Gorilla. I've been a working musician all my life and in 1990, my wife, Robyn Rosenkrantz, and I formed our band, Bright Blue Gorilla. As BBG we've been traveling the world ever since, making music and movies. Between Bright Blue Gorilla tours and feature film projects I had a gig at MTV (as dailies editor on The Osbournes show), and as Voice Over director at Los Angeles talent agency, VOX Inc. At Vox, I worked with stars such as Mark Wahlberg, Ed Asner, and the legendary Peter Falk and Brock Peters. The 25 years of Bright Blue Gorilla history has been one big adventure that still surprises us every day! (At this writing we're in Berlin in post for "Mr. Rudolpho's Jubilee". Where next? I'll let you know when we get there!)
Request an Introduction