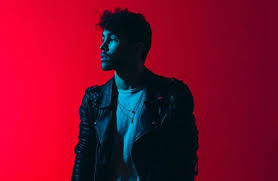 Bio: Max Schneider began performing at the age of three and he hasn’t stopped. Max began his professional career in the Broadway musical, 13. Shortly after, he booked a guest role on Law and Order SVU. He has also appeared on One Life To Live and The View. In January 2010, Max attended the YoungArts Program where he was one of twenty musical theater finalists. In May 2010, Max walked into a casting for the Fall/Winter ad campaign for Dolce & Gabbana. A week later, he was posing arm in arm with Madonna for world-renowned photographer, Steven Klein. The campaign was released in in 44 countries. In late 2010, after attending NYU Tisch for Musical theater, Max booked a role in “The Last Keepers”, starring Olympia Dukakis and Aidan Quinn. In 2011, Max co-starred in a Nickelodeon series called “How To Rock” playing Zander Robbins. Max also co-starred with Keke Palmer in the TV musical, “RAGS”. Max is an avid singer and songwriter. His song, “Last One Standing”, co-written with Matt Wong and Claire Demorest, is featured on “How To Rock” and “Show You How To Do”, co-written with Ben Charles, is featured on “Shake It Up”. Max was invited to open for Victoria Justice’s “Making It In America” National Tour. In addition to opening for her in over 16 major cities to sold-out crowds, Max accompanied Victoria on a “Bruno Mars Medley” (directed by Kurt Schneider). During the tour, Max debuted two of his original songs “Everyday” (co-written by Jon Feldmann) and “Quicksand” (co-written by Matt Wong). Max hopes to debut his first full album in 2013 and to continue to tour live with his band while growing as an adult actor. He loves his fans (“Schneidermonkeys”) and wants to continue to spread happiness and love wherever he goes.
Request an Introduction