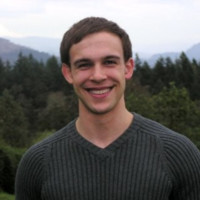 Bio: Matthew McGlade is a Pomona College graduate with a Bachelor of Arts degree in Mathematical Economics, as well as a minor in Spanish. He is interested in international relations, foreign languages, and international business. In addition to speaking fluent Spanish, Matthew speaks near-fluent French, has taken one year of Chinese while in college, and most recently has begun to learn Russian. Matthew is familiar with foreign cultures and able to relate to different types of people with ease, as he has spent time in various foreign countries ranging from El Salvador to Greece. Not only is Matthew comfortable interacting with individuals, he has shown his ability to be a team contributor through his work at the United Nations University and he is also skilled in public speaking. He is adept with technology and proficient in many programs used on computers today. Recently, he has spent time investigating economic policy and international finance.
Request an Introduction