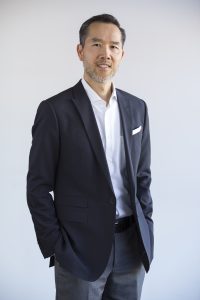 Company: Planet LA Records
Bio: A natural, cross-cultural connector, Mark has developed innovative partnerships among leading artists and brands. He is the founder of Planet LA Records which aligns artists and brands through events, digital media and creative campaigns. Partners and clients since 2010 have included Whole Foods Market and its micro-lending charity Whole Planet Foundation, Gibson Brands, City National Bank and a diverse range of artists and technology platforms. Planet LA has produced events during Grammy week, at the SXSW music and interactive conferences, Gibson showrooms nationwide and other activations. Currently, he is an Adjunct Professor at California State University in Fullerton, Los Angeles and at the Foreign Trade University in Hanoi. Recently, he was the marketing director of Wessco International, a design and sourcing partner to the hospitality sector. Previously for over a decade, he was a trade advisor at the global law firms of White & Case LLP and Bryan Cave LLP based in Washington DC and Los Angeles, and at the World Trade Organization based in Geneva, Switzerland. He has an MBA from the UCLA Anderson School of Management and its partner program at the National University of Singapore Business School, and also attended the Fletcher School of Law and Diplomacy, Tufts University and UCLA. He is also serving as Vice President of the UCLA Anderson alumni network until 2021.
Request an Introduction