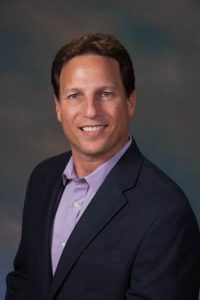 Bio: Mark Asofsky is the founder of Shop2Care, a new not-for-profit endeavor launched in 2014 which enables users to generate donations for causes they care about at no extra cost. Users simply shop directly from hundreds of their favorite on-line retailers and when they make a purchase, a donation (avg. 5%) will be made to the cause(s) the user selects. In 1996, at age 29, Asofsky founded Twin-Star International, a designer, manufacturer and distributor of home furnishings. The company started in a spare bedroom with just a few products that Asofsky designed himself, but during his sixteen-year tenure as CEO, he drove revenues to over $200 million. When Asofsky retired in 2012, he’d grown Twin-Star’s product suite to consist of electric fireplaces, bathroom furniture, media consoles, wine cabinets, heaters and stoves that are still sold worldwide at Costco, Home Depot, Wal-Mart, Target and other major retailers. Philanthropic Endeavors Mark Asofsky created the Asofsky Family Foundation in 2007, and it’s since supported over 30 nonprofit organizations with funding and directional guidance. The foundation’s Leaders for Life Fellowship program, established by Asofsky in 2010, rewards high school seniors that exhibit excellence in academics and leadership, in spite of difficult life circumstances, with a scholarship for all college related expenses. Under Asofsky’s leadership, the foundation built a new facility for the Rurapuk Center in Paraiso Alto, Peru, which serves hot lunch, provides day care and offers tutoring for at-risk children who lack the most essential services. Rurapuk also operates a knitting cooperative for mothers in the community with no other means of income. Asofsky is on the board of Florida’s Take Stock in Children mentoring and scholarship program and is a mentor in the program. He also guest lectures at several incubators for young companies and entrepreneurs.
Request an Introduction