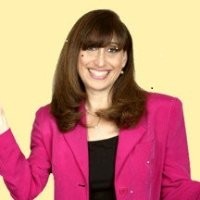 Bio: Marilyn Anderson is an award-winning WGA writer for film and television. On television, she wrote for “Murphy Brown,” “FAME,” “Friday the 13th – the Series,” “Sherman Oaks,” and other episodic TV. She was on the writing staff of “Carol & Company,” starring Carol Burnett, Richard Kind, and Jeremy Piven. Marilyn is the recipient of a LUMINAS Award for the positive depiction of women in film & television. She has sold feature screenplays to several studios and networks. One of her romantic comedies was produced and aired on Lifetime last year, and she is currently producing two feature films. Three of Marilyn’s screenplays won top honors in screenwriting competitions, including the American Screenwriting Contest, Writer’s Digest Screenwriting Contest and Scriptapalooza. In addition, she is a judge for the Nicholl’s Screenwriting Fellowship, sponsored by the Academy of Motion Picture Arts & Sciences that awards the Oscars. Ms. Anderson is the author of the humorous relationship book, “NEVER KISS A FROG: A Girl’s Guide to Creatures from the Dating Swamp.” The book is published in the U.S. and 10 other countries. Her Web Series, NEVER KISS A FROG, is based on the book, and features funny dating scenarios as mini-episodes for mobile and broadband content. It is currently airing on various web sites including www.neverkissafrog.com. As a comedy writer, relationship expert, and speaker, Marilyn has appeared throughout the country with her unique blend of comedy and advice. She has been on over 250 radio & television shows and was the “Dating, Flirting & Kissing” Coach on TV’s “Extreme Makeover.” In addition, Ms. Anderson writes relationship, humor, and travel articles for magazines and newspapers nationwide, and she has performed as a stand-up comic, actress, and improvisational actor. Marilyn also offers private consulting and seminars on “Screenwriting” and on “Publicity & Promotion.”
Request an Introduction