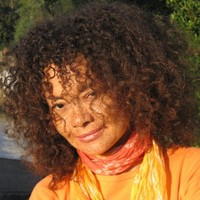 Bio: From the beaches of Guadeloupe to the bright lights of the Big Apple, Mariette Monpierre is a rising star in the film industry. She earned her Masters in Media and Languages from the Paris Sorbonne University & Smith College. She began her career at BBDO Advertising producing commercials for Pepsi, Visa, Gillette & FedEx. Her portfolio includes music videos, documentaries and films. Her first feature “Elza” was the NY Times Critics’ Pick and won the BAFTA/PAFF award in LA; the Paul Robeson Award at FESPACO; Best Narrative at Roxbury and at The Greater Cleveland Urban film festivals.
Request an Introduction