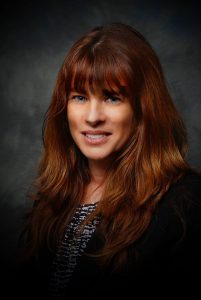 Company: AWARENESS Inc
Bio: My name is Marie Klementis Shultis and I grew up in Zena, Woodstock on a small farm with my parents and two brothers. After losing my brother in a tragic car accident in 1988 it inspired me to help youth in the community in hopes of them never having to know what it's like to lose the closest person in their life. I attended Kingston City School was a gymnast and a NYS baton twirling champion and instructor. In 1985 I married Michael Shultis and had five children, four daughters and one son. I received my Associates Degree and a CASAC T (Certified Alcohol Substance Abuse Counseling) from SUNY Ulster. In 2006 an underage drinking party brought to light that there wasn't an Alcohol Awareness Program for Judges to use for youth ticketed in Ulster County. There hadn't been one for ten years and Ulster County had the highest rate of underage drinking and drinking and driving in NYS. In 2007 after the loss of one of my daughters classmates, where drinking was involved, I helped youth in the community create the AWARENESS peer to peer substance education program. In 2013 Assistant District Attorney John Rusk dubbed AWARENESS a one of a kind program and a proven success in the New Paltz Court. Over 550 youth have been through the program. In 2014/2015 a formative study showed 90% of the youth identified a need to change their behavior by the end of the 8 week program. In 2016 AWARENESS Inc was approved to be used by Judges as an official Alcohol Awareness Program by NYS Office of Alcohol and Substance Abuse Services. We also have a Substance Education Program and assist youth in finding Treatment and have a Recovery group to help them transition out of detox,rehab and jail. www.linkedin.com/in/marie-shultis-8963236
Request an Introduction