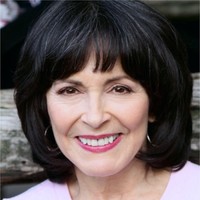 Bio: Maria Catalano worked for United Airlines out of New York as a flight attendant for 34 years. She retired and one year later became a free lance contract flight attendant on private planes which she continues to do today. She has traveled throughout the United States, Canada, Europe, Asia, the Caribbean and South America. She speaks some Spanish and has much experience in Brasil and Argentina. In May of 2009 she began working on an acting/modeling career. To date she has been in a few movies and various television shows as back round talent, and she has done tv and intranet commercials as well as print advertising for various pharmaceutical, cosmetic and insurance companies. She is active in Actors Access, the Agency Online, Casting Networks, and NY Casting. Currently she has a role in “The Fred Willard Celebrity Ghost Story” on the biography channel, and one of the “Prank Phone Call” episodes on Spike TV. For the last 5 years, Maria has worked to support and raise money for the Sarcoma Foundation of America. She does 3 spin classes, 2 yoga classes, zumba and lifting weights every week and runs and roller blades in the Park. Maria is currently working on her new website, www.thegroovyshoe.com, coming in November 2014. She flies private jets and does print and commercial modeling. I
Request an Introduction