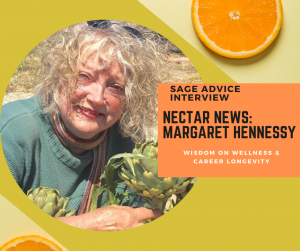 Bio: Margaret Hennessy hates long bios. She was born Brooklyn, educated in New York City, and worked in advertising layout and design for various art departments in Manhattan. She moved to South Florida in 1971, where she worked at the Sun Sentinel Newspaper as assistant promotion director. She started her own advertising and public relations firm in Fort Lauderdale in 1975 and ran it for for 11 years before moving to Conifer, Colorado. In 1992 she founded the Mountain Connection, a community newspaper in the Evergreen/Conifer area, and served as publisher for 10 years. The publication was run with the help of over 20 volunteers, and donated proceeds from advertising each month to various nonprofit organizations throughout the Denver mountain area. It is still being published. Margaret and her husband David currently have a home in Arroyo Grande, California, where she started the Solstice Green Directory in 2008, to create a resource guide for residents of the Central Coast, interested in sustainable living. She and David have 2 sons and a granddaughter. They spend part of the year in South Florida. Margaret Hennessy has realized her dislike for "long bios" is only surpassed by her "huge aversion" to retirement!
Request an Introduction