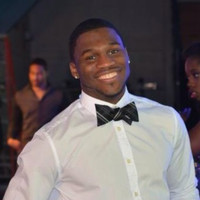 Bio: Born and raised in Newark, Livingston Steele had the opportunity to  attend and graduated Arts high school as a instrumental major. He then went to and graduated from university of new haven with a bachelors in music business , minor in communications TV and Film in 2012 and MBA in marketing in 2014. Steele started his acting career as a supporting actor in an award winning independent film Savior in 2015. He also spent a year doing off-broadway theater productions in New York which ended with him leading  his own stage play. Currently, he is training in the Meisner technique developing his craft as an actor and read as the main character in the stage reading of “Conscious “ this October. Livingston is also creator and director of the web series The Theory Of Brick City Music which showcases independent artists of all forms from the city of Newark as they deal with the challenges of being an artist of their specific craft. Artillery is multipurpose creative agency crafted to give artists the tools to organically develop their brand, marketing style and artistry for longevity ultimately creating loose canons in the industry.
Request an Introduction